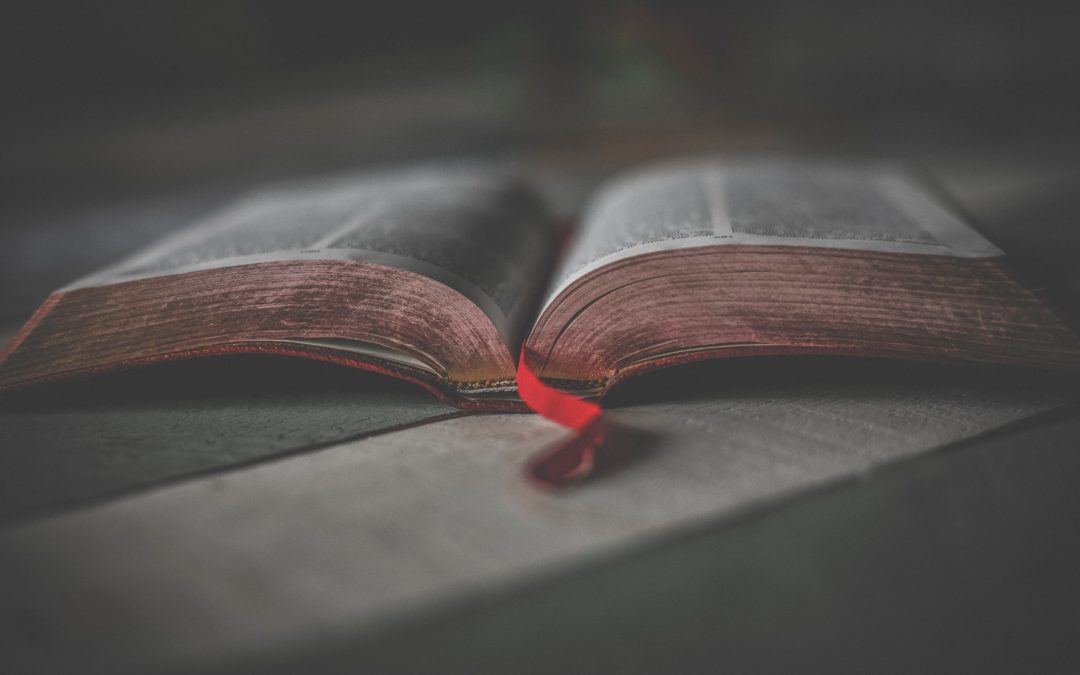 To do this, we’ll take the indicator, which, as we see it, reflects most of all the homogeneity degree of the electorate. It’s ratio of standard deviation (do not confuse with normalized deviation) to mean result of the certain party in all constituencies.

For Chișinău and its “divided” electorate this indicator is quite universal. It’s still actual in all other relatively large localities if number of polling stations in this locality is sufficiently large. However, several details should be taken into account.

1.This indicator isn’t absolute after all. Political geography of any city changes with time. Thirty years have passed since the first free elections in Moldova, many new blocks have appeared. The city has been facing high rates of migration and this migration is multidirectional. Domestic migration (i.e. migration between different districts and blocks of the city) has even increased during the last 10 years. So, one cannot directly compare 1990-1994 and 2014-2019 statistics. But within more short intervals (for example 2014-2019) changes due to migration are not significant, so the indicators can be used.

2.Such a model still works if the urban electorate is less divided, for example in all the former centrally administered cities (Cahul, Soroca, Ungheni, Orhei) and Bălți it’s quite actual. In the cases of Gagauzia, Ocnița and Briceni districts, however, some corrections to this model should be done, because of small electoral cleavage.

3.The situation nor in Chișinău neither in Moldova as a whole is far from being unique. Romania has much more analogues to this situation than Moldova itself. The main difference between big countries and the small ones (such as Baltic countries, Moldova, Slovakia, Bulgaria, North Macedonia) is that, in latter case local cleavages can severely affect the situation at the national level. In the case of big countries this influence is small, if any.

We’ll collect all the indicators for 2014-2019 into one table, taking into account all the changes that have taken place, such as complete rotation of the “right” flank. On the left PCRM has left the top while Șor party has passed to the parliament. As usual, we skip 2015-16 years but add 1998 instead for illustration purposes. For convenience’ sake all data is reported in percent of votes.

Only data for candidates and parties that had pretended for high result is reported in this table because if the total result is 2-3% accuracy can be too low.

Some notes on comparison with 1998.

1.The value of the indicator has decreased slightly (from 25 to 20% for major left and right parties). For the right flank this decrease was slightly bigger than for the left one. Why? The answer is very simple – the share of ethnic minorities decreases while new constituencies prefer to vote for the right. So, the range of values possible for our indicator has become more strictly bounded.

2.Some things have changed after all. Although ethnic cleavage still defines the situation, some convergence of views between right and left electorate has occurred, resulting in electoral exchange between them to a certain degree.

3.DPM in 1998 (MDPM at that time) can serve as an example how the result of a centrist party (with less electoral cleavage than that of left or right parties) should look in the absence of electoral fraud and even suspicion of.

4.The values of the indicators are almost identical for “left” and “right” parties so there are no irregularities. But for DPM and Șor party irregularities increase these values approximately twofold in agreement with regression model from the previous chapter. So at least half of votes both for DPM and Șor party violate the statistical model which is unavoidable in this case.

5.We’ll discuss question “how does this happen?” in the next chapter. Now we’ll rather focus on question “why does this happen?”. The reason is irregularities occurs only in certain rather than all polling stations (for Șor party it’s easy to see this fact in the Table 1), thus increasing dispersion of votes for this party. This part of dispersion cannot be explained otherwise; it’s part of a random factor or unspecified fluctuations that can be revealed only after a thorough analysis.

So these deviations occur without any connection with electoral pattern which have been existing for 30 years since first free elections. DPM electorate has a lot of mysteries.

There are several important consequences of the divided nature of the Chișinău electorate not described above.

1.Electorate is inherited. So regardless what new “left” or “right” parties are, irrespective of any changes on both flanks, “right” and “lefts” results don’t change fundamentally.

2. Hence, there are two dominating electoral arrays which define results of every elections.

3.If so, can there exist other (third, fourth and so on) electoral arrays?

4.Yes, it’s quite possible but each of them should have some pre-defined statistical parameters. Either these alternative electoral arrays must inherit their past results, or they must change correlation indicators for two main arrays. Not to mention it seems implausible for this “third array” to change in size so frequently and severely in such a short time interval (DPM in 2014 – 9.2%, 2015 – 2.7%, 2018 – 16.7%, 2019 – 11.1%.)

5.Even a quick glance at this data shows impossibility of strong correlation between DPM results in 2014-2018 and in 2019 as it’s too different. Sevenfold increase from 2015 to 2018 suggests either precise correspondence to our model or this irregularity.

To discuss the situation in more detail, we’ll create a multiple correlation model. To do this, correlation matrix connecting results of all major parties and candidates during the period under consideration is needed. We’ll skip the matrix due to its immense size and proceed directly to conclusions.

We’ll consider each result of right, left and DPM in each observation as an independent observation. Indeed, despite remark in p. 1 of this chapter there is no connection between different years’ election results. Such connections are formed only after elections results analysis and not before. So, a priori all results from

Due to 2015 elections results we don’t include them into our calculations.

Table 4. Coefficients of multiple correlation (3 factors) by parties and political positions of the different political events 2014-2019

1.Indicator value for DPM shows that there’s no “third” electorate array of more than 10% in Chișinău. It’s either randomly formed each time (but in this case it should decrease correlation of results for “left” and “right” parties) or it’s apparent result of influence peddling and fraud. Data present in Table 1 and subsequent mathematical analysis suggest different types of irregularities.

2.Correlation of DPM electorate to DPM electorate in previous years is very small even to be purely formal. Why? Less than year ago Silvia Radu has got a significant 16.7% of votes. All this connections and possibilities have remained and have been used by the ruling party. In such a situation any correlation less than 0.3 isn’t just weak – it’s nearly absent.

3.Correlation both for left and right parties is large but still less than 1. Why? There are at least three reasons.

-Fluctuations always take place. For these 4.5 years since the last parliamentary elections, both left (to a lesser extent) and right (almost completely) flanks have significantly changed. It’s obvious that in some cases natural exchange between parties and flanks has occurred.

-More than one fourth of polling stations have changed their borders in these five years. Several new ones have been formed or closed. So, correlation value declines as compared values change.

-Ultimately, it’s not possible to ignore completely the factor of DPM and Șor party. They have got many votes and this “new electorate” was right or left during the previous elections.  Given that irregularities have influenced different polling stations to a different extent this resulted in further decrease of correlation. Bearing in mind all the factors that decrease correlation, 0.95-0.96 can be considered as virtually absolute correlation while for DPM it’s almost absent.

We’ll make our task a bit more complex by introducing the fourth factor – elections in a single member constituency in 2019. Speaking purely mathematical, it’s quite possible as the vote in the second bulletin doesn’t always depend on the vote in the first one. Some countries close to Moldova (such as Russia, Ukraine and Lithuania) can provide an example. It’s necessary to consider this factor to rule out case of «ambivalent» vote when an elector simultaneously votes for two controversial political forces.

Table 5. Coefficients of multiple correlation (4 factors) by parties and political positions of the different political events 2014-2019

1.For the right flank the correlation is higher than for the left one. Why? It’s because there have been neither competitors nor spoilers in the former. Acum has been the only beneficiary. To the contrary, in this context elections have been much more difficult for PSRM. All of this allow us to consider 0.92 as a reasonably high indicator.

2.Attention should be paid on DPM. Correlation coefficient 0.87 is lower than in the case of both left and right parties but it can still be considered as very high taking into account an important fact that DPM candidate have not competed for victory.

3.Ususally in all such cases the coefficient promptly decreases as a voter understands that there’s no sense to vote for an inherently unwinnable candidate in a single-member constituency (cases of Russia, Ukraine, Lithuania). In our case, this does not happen. I.e. DPM electorate votes “automatically” and do not respond to the real elections situation. This completely contradicts all known models of electoral behavior in the countries, which are close to  Moldova.    This question is very important by itself and we’ll discuss it further in the context of certain constituencies.

4.The indicators’ values fully match for right and left flanks, proving our initial suggestion that only two formed electoral arrays exist in the city. Third array with correlation coefficient less than 0.3 cannot exist.

5.Now we are able to construct and solve the equation of multi-factor regression in relation to some virtual “third” electorate and quantitatively define what’s current DPM result made of.

By solving the equation, we get result that “solid” part of the “third” electorate doesn’t constitute more than 3-3.5% of all electorate in the city. It’s essentially the same result that DPM has got in 2015, some “core electorate”. It really exists but it’s not important by itself while 11% in 2019 and 17% in 2018 are values of another order of magnitude.

Distributing DPM votes between factors we obtain 3-3.5% of its core electorate, approximately the same number of influence peddling and direct ballot stuffing in polling stations fully controlled by DPM (in agreement to table 1) and 5-6% of more “intellectual” kinds of electoral fraud, which are often called as “net” in current publications. We will skip this issue more as it’s subject for a whole other research. In the recent elections in Ukraine these networks looked the following way .

We’ll continue research of mathematical irregularities and change our focus from the entire city level to the level of certain constituencies.