Why does the Republic of Moldova need to ratify the Istanbul Convention? 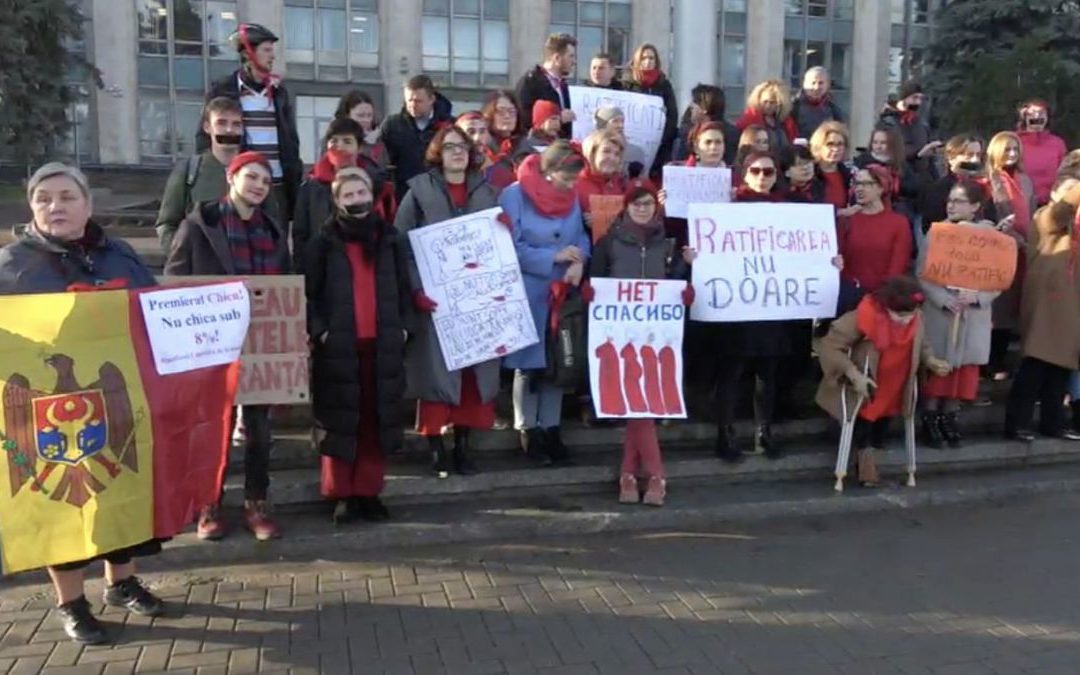 Violence against women is a form of discrimination and a violation of fundamental human rights. It is both a cause and a consequence of the inequalities between women and men perpetuated over time. Every day, women all over the world are physically and mentally abused: stalked, harassed, raped, beaten, mutilated, forced to marry, sterilized against their will, etc. These abuses, together with other forms of physical, sexual, economic and mental violence hinder women to fully fulfill their potential. Violence against women leads to women not growing their abilities and capacities, decreases their political participation and civic engagement, diminishes their performance in the workplace, increases the gender pay gap, reduces their ability to engage in educational and training opportunities, etc.

To combat this scourge that affects the society so deeply, on 11 May, 2011 the Council of Europe adopted the Convention on preventing and combating violence against women and domestic violence (also known as the Istanbul Convention). Preventing violence, protecting victims and punishing perpetrators are the main goals of the convention. This tool also attempts to change the thinking about the matters and related prejudices, being an incentive for attitude change in the society, especially for men and youth.

Over time, the national legislative and policy framework in the Republic of Moldova has undergone major changes, but violence against women persists. The latest data published by the Moldovan General Police Inspectorate shows that, on average, 30 alerts received daily relate to domestic acts of violence. According to the National Bureau of Statistics, every third female victim (34%) has never reported any of the violence acts she was subjected to. Current policies and legislation do not stop violence against women and domestic violence because they do not tackle the problem in-depth. The gendered nature of violence against women is deeply embedded in social norms, and the Istanbul Convention is the most efficient international tool that can help countries fight this phenomenon. The convention sets up a monitoring mechanism to assess how well its provisions are put into practice. This monitoring mechanism consists of two pillars: the Group of Experts on Action against Violence against Women and Domestic Violence (GREVIO), an independent expert body, and the Committee of the Parties, a political body composed of official representatives of the States Parties to the Convention. These 2 entities generate in-depth analyzes of different national contexts, recommendations and provide assistance through the exchange of best practices between the experts concerned.

The Republic of Moldova signed the Istanbul Convention in February 2017. Over the past three years national legislation has undergone harmonization with the provisions of the treaty. Due to the delay in ratification, on November 28, 2019, several non-governmental organizations, platforms and activists launched a public call asking Prime Minister Ion Chicu and Parliament Speaker Zinaida Greceanii to ratify the Convention by the end of 2019. Consequently, on 11 December 2019, the draft law on ratification of the Convention was included on the agenda of the government meeting. However, prior to the session, the subject was removed from the agenda.

There are no legal reasons to delay ratification of the convention. Experts in the field say that the Republic of Moldova is ready to ratify the convention. However, some politicians’ comments and some manipulative speeches disseminated by conservative and ultra-religious groups may hinder ratification of the convention. The nature of the informal relationship between President Igor Dodon and the Russian Orthodox Church (ROC) may be an obstacle to ratification. During an official visit to Moscow, Igor Dodon assured the ROC Patriarch “that our people will continue to have faith in our Church, and all branches of power in our country will pay special attention to preserving our traditional values and strengthening the status of the family in our society”.

An intensive campaign to manipulate public opinion against the Convention is orchestrated by conservative and ultra-religious groups in several of the Eastern-European countries: Armenia, Russia, Ukraine, Lithuania, Slovakia and Bulgaria. The goal is to discredit the provisions of the Convention through manipulation and false information. As a response, the Council of Europe engaged in exposing and debunking the myths on the Istanbul Convention. The Venice Commission also issued a statement on the provisions of the Istanbul Convention and Armenia’s Constitution, dispelling the misconceptions and calling for the ratification of the Convention.

Croatia is an example of success in countering manipulation and ignorance. After the signing of the Convention in 2013, the Croatian government faced similar resistance from certain far-right groups and from the opposition of the Roman-Catholic church. But the Zagreb government, together with civil society organizations and European Union’s support, has succeeded in countering manipulation and propaganda and ratified the Istanbul Convention in July 2018.

The case of the Republic of Moldova can be an example of success or failure.

The entire STUDY can be accessed HERE (Romanian)